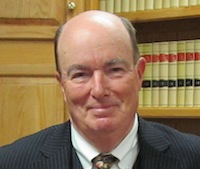 Timothy J. P. Quinlan, Esq. received his B.A. from LaSalle University in Philadelphia. He received a Juris Doctor degree from Rutgers University Camden. Mr. Quinlan served in the United States Army Reserve and was honorably discharged as a staff sergeant. Upon graduation from law school, Mr. Quinlan served as a Public Defender for the Camden, Gloucester, Salem County vicinage. During his six years with the office, he tried hundreds of jury trials including numerous trials for murder, rape, and armed robbery. Mr. Quinlan and Mr. Dunne left the defender's office and started the firm of Quinlan and Dunne. He served as the Planning Board Attorney for Pennsauken Township and Voorhees Township. He served as Zoning Board Attorney for Berlin Borough and as Borough Solicitor for Laurel Springs. 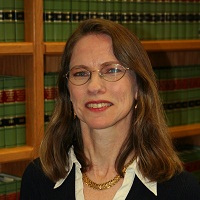 Patricia M. Nigro, Esq. received her B.A. from Stonehill College, an M.A. through the Eagleton Institute of Politics at Rutgers University-New Brunswick, and her J.D. from Rutgers University-Camden. She has practiced with the Philadephia firms of Dechert, Price & Rhoads (now Dechert), and Christie Pabarue Mortensen & Young, and also with the New Jersey firm of McCarter & Engligh. She spent time as a law clerk to the Honorable Harvey J. Bartle, III of the Eastern District of Pennsylvania. In addition to the representation of police and corrections officers, she provides service in family law, estate planning, residential real estate transaction, and other civil matters.

Robert Kempf, Esq. received his B.S. in Management, and an M.B.A. in Marketing from Rutgers University School of Business and his J.D. from Rutgers University School of Law. While in law school he served as legal intern for the New Jersey Sea Grant Consortium to develop a website for coastal access and the doctrine of public versus private rights to the New Jersey coast. Robert has spent the last 15 years working as a Police Officer in South Jersey. He specializes in technology and computer forensics and prior to a career in law enforcement he worked in the technology sector as both a Marketing Manager and Product Manager for computer networking product lines. Since joining the firm Robert has focused his practice on the defense of law enforcement officers specializing in administrative and employment matters.

Richard D. Madden, Esq. has maintained a good professional relationship with Quinlan, Nigro & Kempf, LLC since 2000 and is 'of counsel' to the firm. He maintains his own practice and offers over 30 years of trial experience including defense of police officers, insurance defense litigation, criminal defense, and plaintiff personal injury. He often responds to critical police incidents and represents police officers in hearings and trials with and for the firm and is on call 24/7.